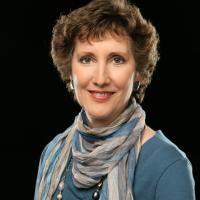 Christa Gingery Habegger is a native South Carolinian who completed undergraduate and graduate degrees in voice and piano performance at Bob Jones University, where she has taught on the music faculty since 1977. Vocal performances have included faculty recitals, roles in opera and oratorio, and solo work for churches and civic groups.

As a pianist Christa is active as a private teacher and particularly as an accompanist, devoting many hours a week to chamber music of all types. In the fall of 2008, Christa’s duties in the division of music at BJU expanded to include assignments as a staff accompanist. She accompanies a variety of private lessons, student recitals, and performance projects. Because she works in both the voice and piano departments, she is frequently called upon to serve as a coach/accompanist, and is in demand as an adjudicator for vocal, choral, and piano competitions.

An outgrowth of her preoccupation with accompanying has been writing and arranging music for voice and a variety of instruments. Published pieces include a number of solo songs, sacred choral works, and instrumental and solo hymn settings. Since 1996, Christa has produced several major works of “absolute music” for brass instruments, published by Cimarron Music Press and featured on a compact disc entitled Tone Poems for Brass. In 2003, Cimarron released two volumes of programmatic piano solos entitled Tone Poems for Piano.

For twenty-five summers, Christa wrote and edited for BJU Press. In the late 1980s, she authored Saints & Non-Saints, a collection of biographies of notable figures from church history. Christa is married to Randall Habegger, who manages inventory for BJU Press. They have three grown children and twelve grandchildren.