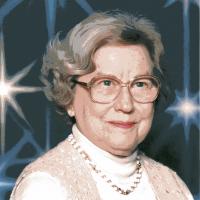 I graduated from high school 10th highest in a class of 280. I began to compose when I was 18. One of my compositions was performed at my graduation. In college (University of Rochester, Eastman School of Music) I composed music for our annual musicals. --- plus a song of grace before dinner at the request of my dormmates. After graduation, I began to teach piano; and organ (once I could handle the animal). I accepted the Lord as the Savior of my soul and Lord of my life in 1952. All of my compositions since then have been written to fill some need or request: children's songs, vocals, choir music, and instrumental arrangements. I'm still grinding out new ones; particular hymn arrangements. Aside from serving as organist or choir director in some very large churches in this area, I gave organ recitals throughout the capitol district and served as organ accompanist for a choral group which sang great oratorios. (Including the “Messiah”) I earned a Master's degree in organ in 1964 from the Union Theological Seminary in New York City. Searle Wright was my superior instructor in organ, composition, and improvisation. He encouraged me to complete a psalm canata that I had begun before graduating. It was performed in Albany and in Schenectady. I am an Associate of the American Guild of Organists, and taught at Ambassador Baptist College, NC for 4 years. (2000-2004) In my spare time, I am an artist who managed to win some awards for my work. (It keeps me out of trouble.) The Lord has blessed me abundantly with His grace and mercy. His words have been the inspiration of most of my music, and in art, my calligraphy. I thank Him daily for His salvation and guidance. For me, my music is my response to His love, and hopefully a testimony of His grace.